Magento 2 Improved Asynchronous Re-indexing
All in one Download PDF

All functions of Asynchronous Reindexing extension are combined on a single dashboard, located at System -> Tools -> Index Management. 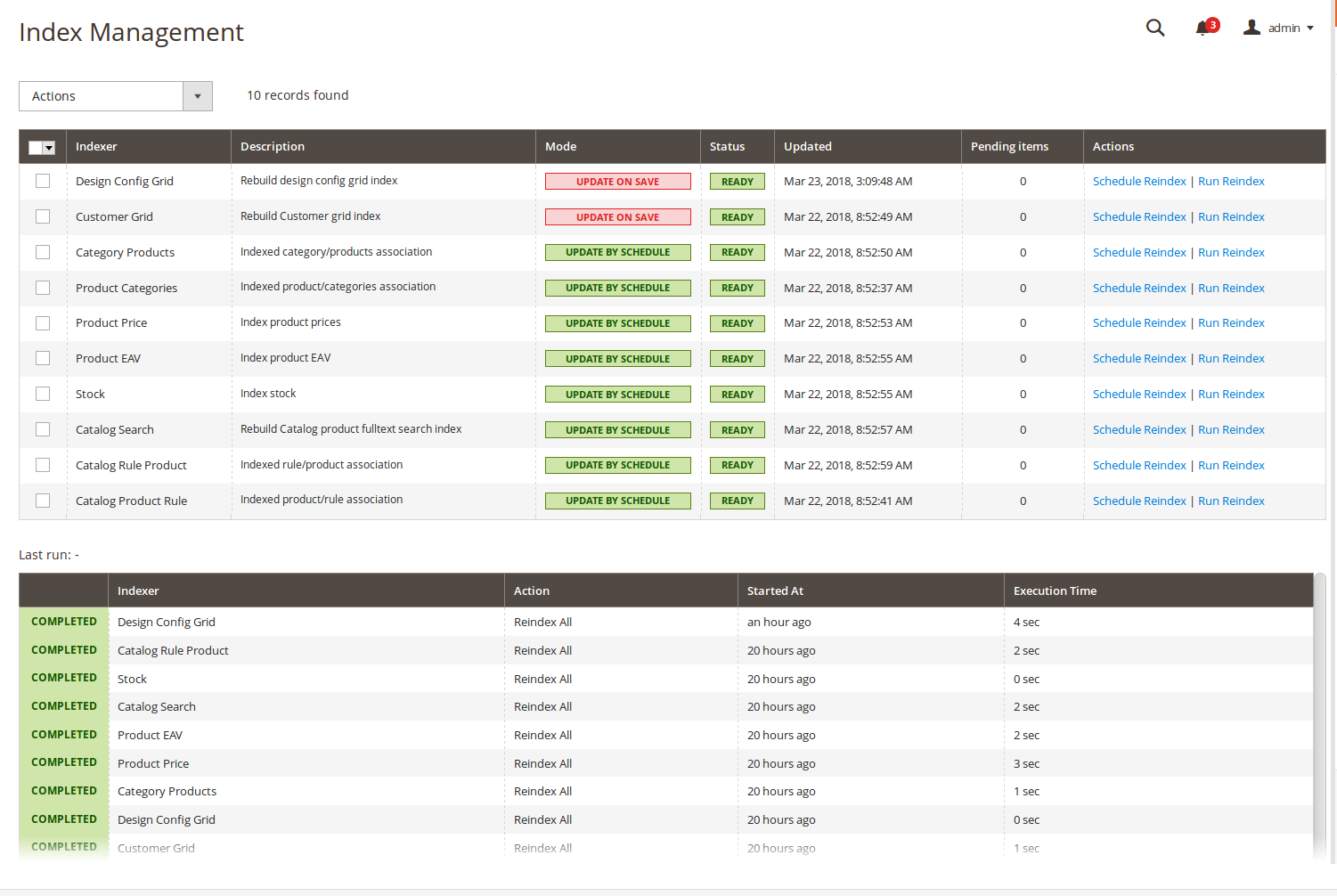 As you can see from the screenshot above, it breaks into two sections:

Refer to the following subsections to learn more:

Indices table contains all indices that are registered on your store:

From Actions drop-down menu, you can select mass-actions that can be performed on selected indices:

Reindex history holds records about any reindex actions performed in your store. It allows you to track not only errors in the reindexing, but also the performance:

Unfortunately, our extension does not store precise information on reindex error - it just displays the summary in terms of whether it was completed, or failed.

To determine which exception occurred, you need to run a manual reindexing, after which a full error will be displayed in the top message box.

Our extension adds two new cron tasks that will help you to manage your indices. They are:

These cron tasks are executed every second by default. The reindex queue is accompanied by a special lock-file indexer.cli.lock, located in the /var/tmp by default. It prevents conflicts when a previous reindexing cron task is not finished, but a new one has already started.

If you wish to adjust the time of reindexing schedule (for example, for performance tuning), you need to manually adjust crontab in this config XML file:
/src/vendor/mirasvit/module-indexer/src/Indexer/etc/crontab.xml