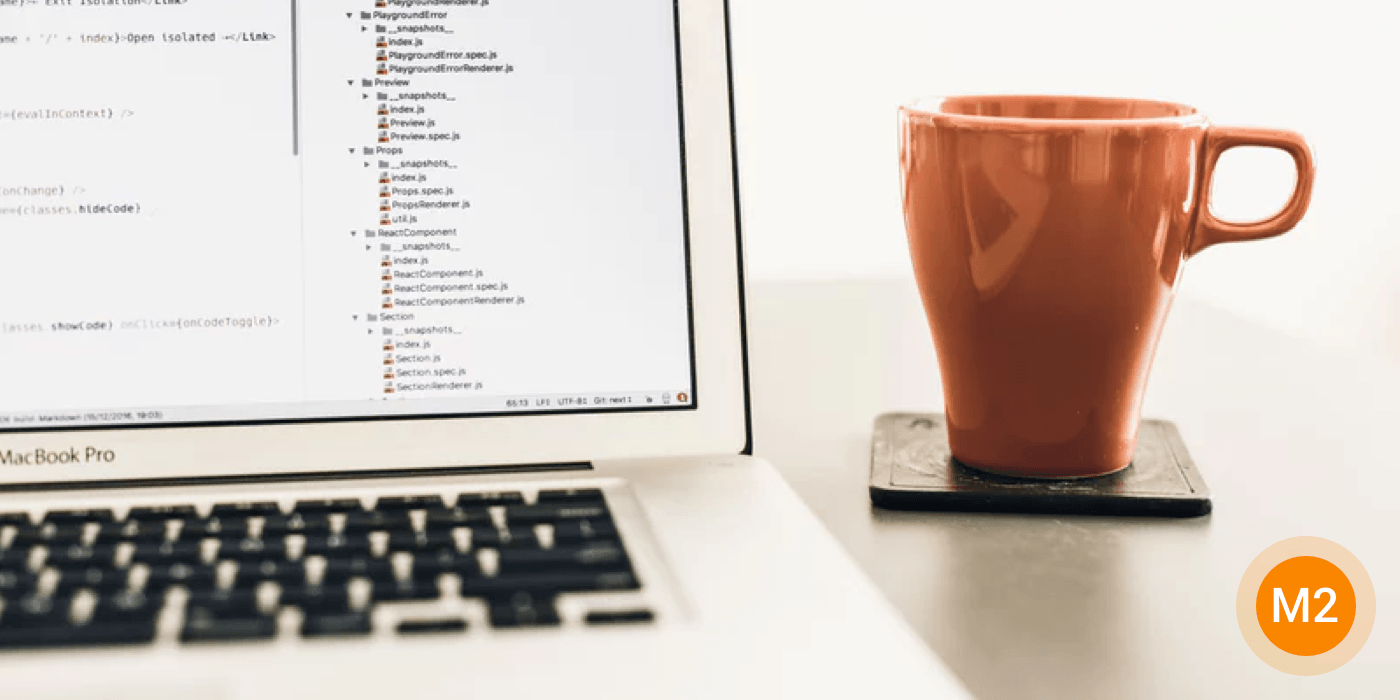 The basic building block for tabbed interface is a Collapsible widget, which works on top of the div layer split into two parts:

It is rarely used as a standalone interface component, but if need be, it can be constructed with minimal usage of Javascript code.

As you can see, our widget is instantiated through the additional tags introduced in Magento 2:

With these tags properly set, a customer will see the following result (the template, containing this code can be found at here):

When a customer clicks on Click to show a hidden block label, the grey panel will be shown. On another click, it will hide again.

A few notes on this example should be mentioned. Since this widget is one of the basic building blocks for more complex widgets, it has no default styles, so both title and content containers should be decorated separately.

As we mentioned above, the options we used to construct the example at Listing 1 is not complete. Collapsible is a very flexible widget and allows for customizing not only visually, but it also can:

A full list of Collapsible options can be found at here.

The most complex option is animate. It controls the hide/show processes and contains a lot of tricks that are able to boost the visual appearance of this widget. In fact, there are three different options with the same name, but different value types:

Object value is specified as the json-like array, just like collapsible options as a whole. So, if we want, for example, to change the animation style, we should rewrite data-mage-init content at the Listing 1, and set easing property:

The elastic animation type defined at the Listing 2 above will make hide/show edgier. Generally, the effect types for easing (e.g. animation types) depend on the jQuery version. Their current list can be found here. Moreover, using the animate property you can control nearly any step of the animation by using the special callbacks functions, which also can be defined directly by the data-mage-init attribute.

But despite its rich flexibility, Collapsible widget works only on one div layer. To make a set of such collapsible panels and organize them to vertical or horizontal tabs, we need either to use extended widgets – Tabs (for vertical layout) and Accordion (for horizontal), or create our own widget. For most cases, extended widgets are good enough, but unlike Collapsible, they require some scripting.

Vertical-oriented (e.g. from left to right) tabs are very common through all Magento interfaces. For example, a product’s overview, extended info and additional information in product’s page are organized just that way.

Like Collapsible, Tabs widget, used for constructing vertical tabs, is created on top of the div container layer, which contains the list of titles and content panels for the tabs as the inner div layers. Titles should be listed as an unordered list, each item of which is a reference to an anchor, and contains a span (which is necessary for decorating the tab title). The anchor’s reference, in fact, is a pointer to the ID of the layer, which contains the corresponding content pane.

Listing 3. Markup of the vertical-oriented tabs

The Code above is a model for a tabbed block, consisted of three panels. However, to make it work, we need some additional scripting to wrap this div to a widget and place it to a separate js file.

After that, markup from the Listing 3 will look like this:

Tabs widget is a superset of Collapsible, so it supports animation and other properties, discussed in the previous section. It also supports loading panel contents via AJAX requests. In this case, the anchor link, instead of the div layer ID, should point to an appropriate controller action or an existing static page. An example of such a purely dynamic Tabs widget can be found at here.

Note that AJAX support in Magento Javascript UI is a separate large topic, which is why we do not include it in this article.

Another tab widget is Accordion. Unlike Tabs covered above, it creates horizontal-oriented sections, as shown in Figure 3.

This widget works on top of the div layer as well, but is simpler than Tabs. It needs only to have a set of pairs h3 and div tags – the first tag serves as a title, and the second as panel contents. Here is the markup for three horizontal (e. q. from top to bottom) tabs:

Listing 5. Markup for the Accordion widget

For this widget, we will need some scripting as well.

Listing 6. Script for initializing of the Accordion widget

Complete sources for template and script of this example are found at our Github projects.

Although this widget is similar to Tabs, it has some unique options. One of them we used in the code above to control for tabs height. By default, all tabs have the same height, which is equal to the tallest of them. For the Tabs, it is a mandatory constant to properly display content. But in the Accordion, height can be varied by specifying the height display policy.

Another useful option is a multipleCollapsible flag. If it’s set to true, multiple panes can be expanded in one moment. This can be useful in custom checkouts or complex forms, divided into logical blocks.

Of course, being a superset of Collapsible widget, it also features the same properties, as we discussed above. Additional info on the Accordion can be found at here.

Magento 2 do not provide styles for the extended widgets, like Accordion or Tabs, by default. It is implied that styles should be developed separately and depend on a particular theme.

But for testing purposes and using these widgets with some standard themes, we can use the style package directly from the jQuery UI. This will require the altering layout XML file by adding the following block to the page section in layout XML file:

Listing 7. Include external style to the Magento 2 page

This will load a style package directly from the latest jQuery repository, and the widgets will obtain the default jQuery look and feel.

A ready-to-deploy project with this example is available from our Github.